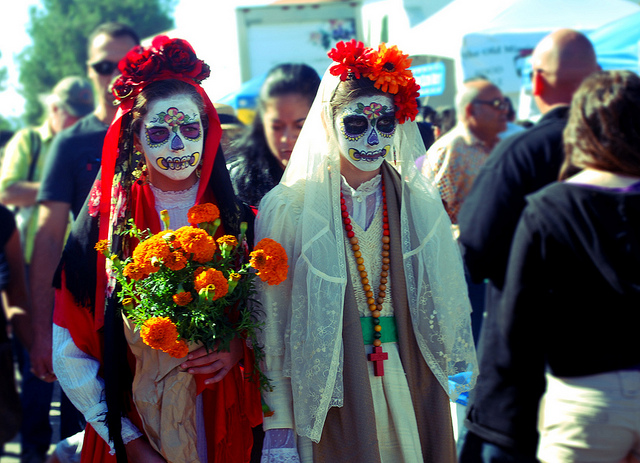 Looking for an event to celebrate Día de los Muertos? Houston is certainly the place to be, with everything from exhibits and community altars to ceremonial processions and symphonic performances. Here’s a few we pulled together on our Día de los Muertos events list:

La Triste Historia, Houston Symphony
November 1, 2013-November 3, 2013
Location:  Jones Hall, Houston TX
“Renowned Mexican composer Juan Trigos, director Ben Young Mason and executive producer Duncan Copp have created a perfect marriage of music and film. The ancient tradition of the Day of the Dead inspired the film’s powerful storyline, framed within the ancient celebration when spirits emerge to once more walk upon the Earth. Follow the dreamlike tale of tragic love of two young people, set against the backdrop of the Mexican Revolution.”