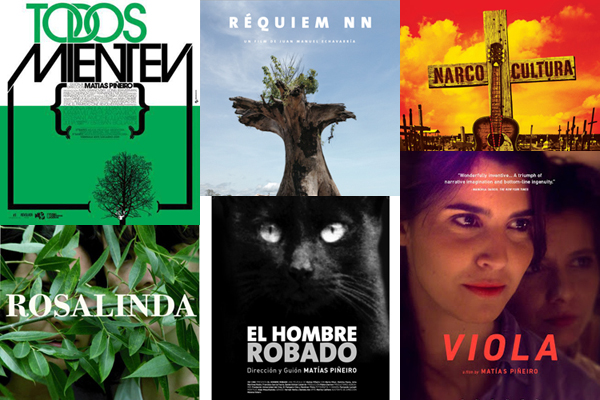 There are six Hispanic films that are showing in Houston during the Houston Cinema Arts Festival, November 6-10, 2013. Four of the films are by Matias Piñeiro – an Argentine director who has burst onto the world cinema scene and was recently named by The New York Times as one of “20 Directors to Watch.” Piñeiro will be in attendance for each of his films.

Viola and Rosalinda – November 8, 2013 at 6:15 p.m.
In Viola Piñeiro ingeniously fashions out of Shakepeare’s Twelfth Night a seductive roundelay among young actors and lovers in present-day Buenos Aires. In Rosalinda, a group of actors travel to El Tigre to rehearse William Shakespeare’s As You Like It.

They All Lie (Todos Mienten) – November 9, 2013 at 12:00 p.m.
A group of young artist types has settled in a house in the country, where they become part of a network of romantic entanglements, while mysterious conspiracies take shape. They live a bohemian life, where secretive alliances are formed between the sexes, while they tell stories, find hidden bottle messages, and play music.

Narco Cultura – November 9, 2013 at 6:30 p.m.
A film about Mexican/American border communities, who have turned to a new type of music that surprisingly glorifies the lives of drug cartels.

Requiem NN — November 10, 2013 at 3:45 p.m.
Juan Manuel Echavarria, an artist from Colombia, is bringing his film Requiem NN. Echavarria will be in attendance as will be producer Margarita De la Vega-Hurtado. A Photo Exhibit at Festival HQ will also be accompanying this film.