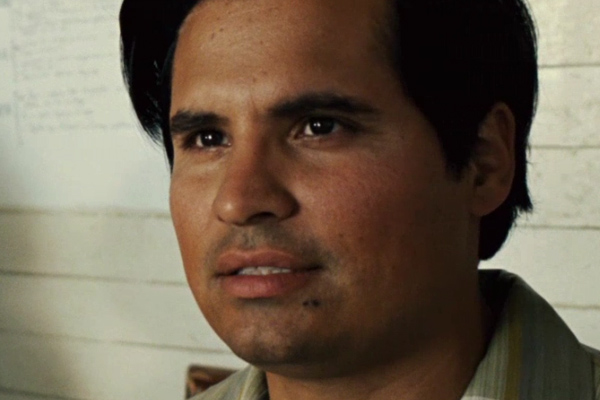 Chávez chronicles the birth of a modern American movement led by famed civil rights leader and labor organizer Cesar Chávez. Torn between his duties as a husband and father and his commitment to bringing dignity and justice to others, Chávez embraced nonviolence as he battled greed and prejudice in his struggle for the rights of farm workers. His triumphant journey is a remarkable testament to the power of one individual’s ability to change the system.

About Chavez
Cesar Chavez is considered to be the best-known Latino civil rights activist. He was an American farm worker and labor leader who, with Dolores Huerta, co-founded the National Farm Workers Association (later the United Farm Workers union, UFW).

Having trouble viewing the trailer? Check it out on Fandango.

NOTE: Image is screen capture from the trailer.