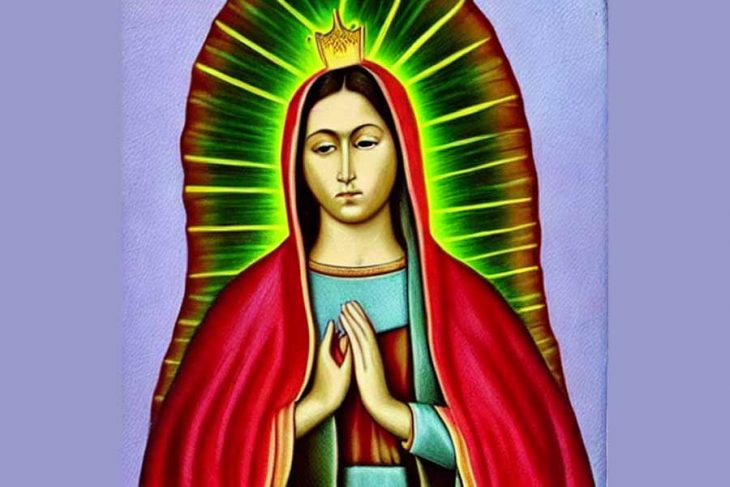 To me December 12th has always been the day that we honor the Virgen de Guadalupe. When I lived in Mexico, there was a big festival that included a mass, entertainment, food, dance, and even carnival rides. In Houston, you’ll find celebrations throughout the city varying in size and scope; these will also include food, dance, entertainment, and religious ceremonies.

I wanted to learn more about the history and significance of the celebration, to share a little more with you. Here’s what I found.

Many traditions are associated with celebrating the Virgen de Guadalupe. Practices include:

One of the most popular traditions is the construction of elaborate altars decorated with flowers, candles, and other symbols of the Virgin. These altars are set up in homes, churches, and public squares to honor the Virgin and offer prayers for her intercession.

In addition to these traditions, celebrating the Virgen de Guadalupe is also marked by distributing food and gifts to the poor. Many people take this opportunity to assist those in need through charitable donations or volunteering their time and resources.

Celebrating the Virgen de Guadalupe is an integral part of Mexican culture. It is a time for Catholics to unite to honor the Virgin Mary and celebrate their faith.