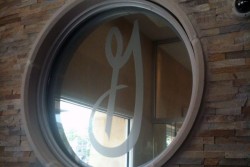 I’m a typical Houstonian — I eat out a lot. Even by Houstonian standards, where most people eat out more than in any other city in the country, I eat out a lot. I thought it would be a good idea to share reviews, even though I’m not a professional foodie.

Gloria’s Latin Cuisine has been on my list of restaurants to try for a while. I keep seeing it mentioned in  magazine articles in and about Houston. Located just south of downtown Houston, the restaurant is very attractive but has limited parking (a common problem for restaurants in that area). Of course, they offer valet parking (not sure if it was complimentary or not, since we didn’t use it).

According to Yelp reviews, Gloria’s is a moderately-priced restaurant with 3.5 stars (out of 5). On a Sunday at noon, Gloria’s had no problem accommodating a party of 15 without any prior notice. Many Houston restaurants would have difficulty arranging a table for such a large group. In fact, a few Houston restaurants actually don’t take groups larger than 10 for seating. (That’s a topic for another post.)

As you will see from some of the photos in the slideshow below, inside the restaurant was practically empty when we arrived. Nearly two hours later the place was considerably more popular than when we arrived. And the patios were full the entire time.

The first thing I noted was that the cuisine was a mixture of Mexican and Salvadoran. In fact, the dinner menu is broken up into segments with TexMex, Salvatex, Comida Mexicana and Comida Salvadoreña having their separate menu listings. There were the very typical things, such as crispy tacos and combination platters, and the not-so-typical things like the fact that they give you refried black beans with your chips and salsa.

Since there were 15 of us, we managed to order a little bit of everything. We ordered off the regular dinner menu and the Sunday brunch menu. Crispy tacos, fried bananas, scrambled eggs and grilled chicken were all sampled. Drinks and coffee and dessert were added to the experience. I photographed many of the dishes we ate and shared them below. We managed to give the kitchen staff a workout.

The location is good. The service was excellent and the ambience was nice. The prices are not too high (especially for that area). The presentation was great. And the coffee was perfect (and coffee is very important to me). The others in my party were pleased with the food. In particular, the TexMex and Salvadoran dishes were a hit. Plates were cleaned off. And the desserts were demolished. Take a look at the photos below and you will get an idea of the types of dishes we sampled.

The food I ordered, however, was underwhelming (especially for someone who eats Mexican food on a regular basis). It was a bit bland for my taste, the chorizo that was added into the breakfast tacos lacking the burst of flavor I was expecting.

I was the only one who voiced any concerns about the food. Overall, I was very pleased with the variety of dishes available on the menu, and that we ordered. I did taste the food others ordered and was happy with the flavors on those (and they seemed to be too, when I asked them for feedback). It was just the breakfast tacos that were… just OK. Not bad, but not great either.

Would I visit again? Yes. Would I recommend it? Yes, but I’d add that caveat that I probably would order off the regular menu instead of the brunch menu. Of course, maybe I just need to try other dishes…