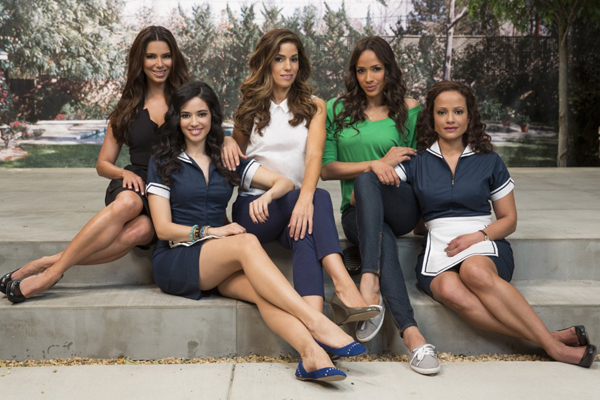 Missing your dose of steamy, skitchy, “I can’t believe it” dramedy that can be found week after week in Lifetime’s run away hit “Devious Maids?” Don’t worry, Season Three is coming soon. (No pun intended for the sex-riddled show.) In fact, it premiers on Monday, June 1, 2015 at 9/8c.

There seems to be some changes in the works for the regular cast, with Edy Ganem being moved to a “regular guest” which means she will be on several episodes but not most of them. Ganem plays Valentina Diaz, adding the millennial demo to the cast. Her mother (Zoila Diaz) is played by veteran actress Judy Reyes. Ganem recently starred in “Ana Maria in Novela Land” which I’m looking forward to seeing soon.

Despite the minor changes in cast, I’m sure we can all expect the same level of “serious drama” (yes, that was sarcasm) we’ve seen in the previous two seasons.