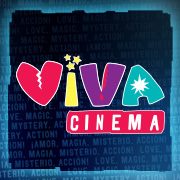 The Viva Cinema in PlazAmericas Shopping Center closed its doors recently, reports the Houston Chronicle. The cinema had been open for less than a year. In fact, they opened mid-2013.

I only ever attended a few events there, featuring hard-to-find films. And, since it was on the other side of Houston (which, in Houston, means a considerable drive) I never took in a movie there that wasn’t event-related. I guess I wasn’t alone or they wouldn’t be closing.

The Houston Chronicle article, and the Viva Cinema Facebook page, discuss reasons why they have closed. I’ll let you get that information from them. All I know is that they were one of the few places that showed Bless me, Ultima and In Search of the American Dream. And, for that and the possibility of future films of that caliber, they will be missed.