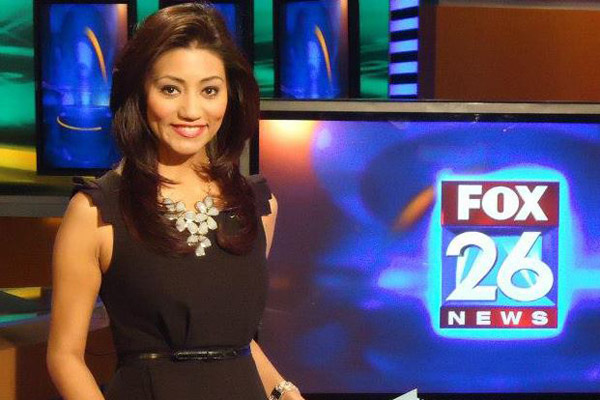 Fox 26 KRIV’s Rita Garcia has been moved to be the anchor during the weekday morning news show. Garcia was the weekend anchor and had been serving as interim morning news anchor.

More about Garcia, from the Fox bio:

Rita Garcia is an award winning journalist, and was recently honored with the prestigious “Tracy Miller Merit Award” for her dedication to the Alliance for Women in Media (AWM) organization in Los Angeles.

That’s where this Texas native spent the last couple of years reporting for the largest duopoly in southern California, KCBS/KCAL9.

From the fire lines, severe weather to live reports from Hollywood’s red carpet alongside Justin Bieber and the royal couple, Rita has certainly had her fair share of “general assignments.”

Now she steps into a new kind of role as FOX’s weekend anchor/reporter. This is sort of a homecoming for Garcia since she once lived in Houston as a child.

She took her first reporting job at KRGV- Ch5 in the Rio Grande Valley where she was quickly promoted to Cameron County Bureau Chief. She used her fluency in Spanish to investigate some of the most important issues today, including: border security, immigration and Mexico’s drug war.

Garcia is a member of the national association of Hispanic journalist and is looking forward to digging deep for those leads right here in Houston, her new home.

Rita admits she is a news junkie but when she’s not at work she loves to run, cook, and always keep her followers in the loop @theritagarcia on Twitter.