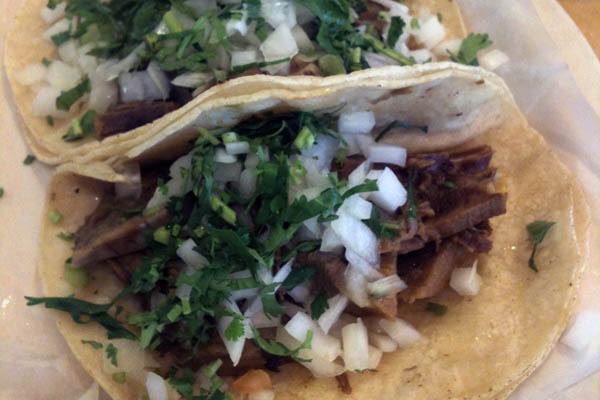 A few times a month I get a craving for tacos de lengua that has me making a trip to a nearby taqueria. It’ll hit me mid-morning and just grow until I indulge.  There are a few places in Houston that make them the way I like them, but, usually, my first choice is going to be Taquerias Arandas. In Houston, no matter what part of town I’m in, I can usually find one nearby.  That’s a good thing.

The tacos are less than $2 each, and they’re a nice size, so it’s an affordable craving. Two tacos will usually set me up until the next time. Sometimes, I’ll order three. And, yes, I’m that person who orders a side of french fries with her tacos. (Did I forget to mention that Arandas has great fries too?)

The taqueria experience is something you have to understand going in. The restaurant is basic, the service is usually good, and the food is often exceptional — but beware, because when the food is bad, it’s really bad. There’s a good chance the servers won’t speak English. And, contrary to popular belief, at least half the customers won’t be Spanish speakers (that’s just my observation).

In Houston, there are as many different types of taquerias as there are types of Mexican food. I will make an effort to do mini-reviews on as many as I can. It’s a tough job, but someone has to do it.