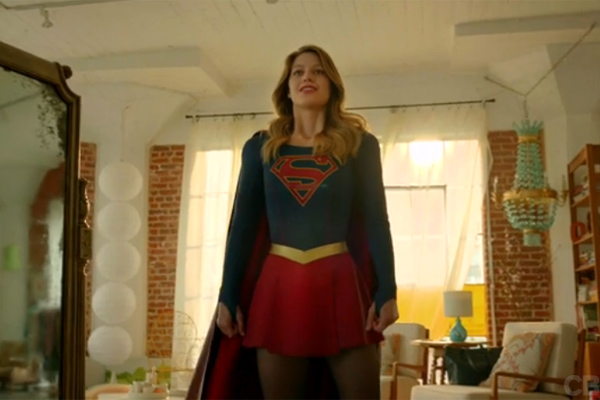 Thank you Sassy Mama in LA for letting me know.

I do have to admit that I’ve never been a fan of Supergirl, not in any incarnation or version they’ve presented. She’s always been utterly uninteresting. Often weak and ineffectual. Often cliched. The character has always been a sad attempt to create a female version of Superman (who’s not my favorite either). This means that I’m starting out biased against the show.

If you’re not familiar with the Supergirl mythos, she’s his cousin:

Born on the planet Krypton, Kara Zor-El escaped amid its destruction years ago with her famous cousin. Now at the age 24, she finally embraces her superhuman abilities to be the hero she was always meant to be.

After watching the Supergirl trailer I’ve been convinced to give the show a shot. And I’m more than a little convinced I’m going to love it. Or at least like it more than I have in the past. And, honestly, just “not hating” this attempt is a huge step for me.

So don’t be surprised if I write about the show once it’s up and running.