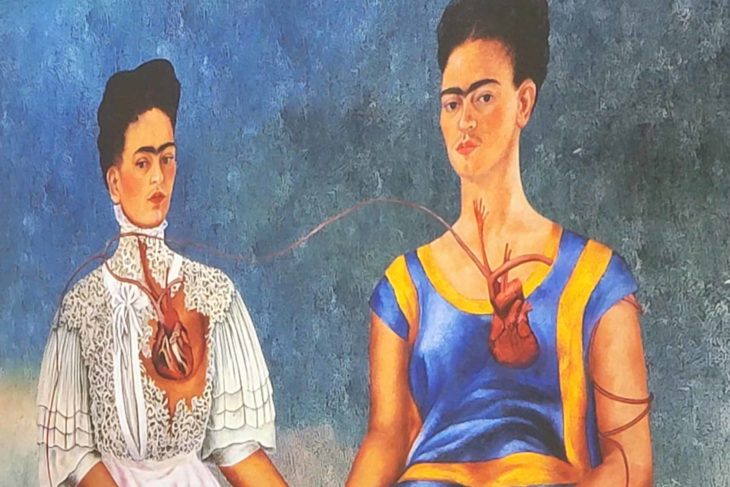 The inspiring exhibit “Immersive Frida Kahlo” opened earlier this month at the Lighthouse ArtSpace in west Houston. The 45-minute show includes nearly 100 works of art, photography, and music, among others. “The Two Fridas” (1939), “The Wounded Deer” (1946) and “Diego and I” (1946) are among the most notable artworks incorporated in the show.

The show runs through mid-April and is selling out for available dates. Check it out while it’s here.

The University of Houston will add a new degree program focused on the experiences and contributions of the Latino community in the United States. Recognizing that the Houston metropolitan area is home to the largest Hispanic/Latino community in Texas and the third largest in the nation, the program aims to provide students with a comprehensive skill set to succeed in a multicultural economy.

Students in the new degree program will be provided with a variety of perspectives of predominant Latino sub-groups, such as Mexican Americans, Cuban Americans, Puerto Ricans as well as sub-groups from Central America, South America and the Caribbean in relation to key elements for the formation of U.S. society, such as politics, the economy, education and the arts.

The Norma Zenteno Sculpture will be unveiled in its new home, The Center for Pursuit, 4400 Harrisburg Blvd. 77011 on Saturday, March 19, 2022, at 5:30 pm. First previewed at Talento Bilingue de Houston in 2020, the sculpture is the first of a Latina in the city of Houston.

The statue was created by Bridgette Mongeon, who had “Norma Zenteno’s daughter Angie pose in her mother’s clothes to use as a reference. The entire piece features Norma Zenteno seated on a bench, strumming her guitar, as a faithful dog watches.”

To attend the event, please RSVP to gloria@zenteno.com.