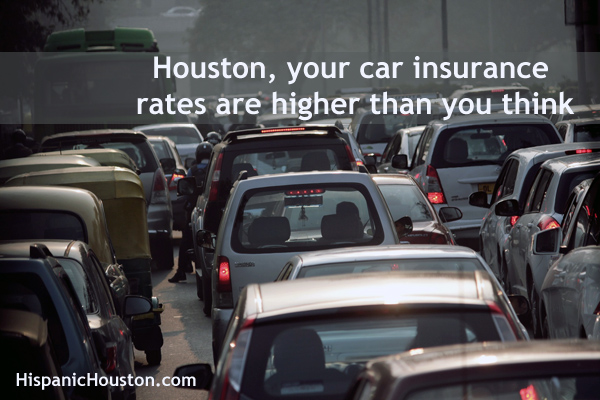 It’s no secret that Houston’s commute time is awful. It’s one of the things Houstonians complain about most and which tops the list of concerns for the city. We live in pretty suburban settings and have an average commute time of 45 minutes (each way).

Because of the long commute times, owning a car is one of our necessary expenses for living in Houston. And now I find out that Texas is also one of the places with the highest costs for car insurance. In fact, we ranked 10th in the nation. So we’re not the absolute most expensive, Michigan is, but we’re up there. (Of course, the flooding doesn’t help either.)

The additional bad news for Houstonians is that in Harris County our rates are actually 11% higher than the state average. So it’s extra special expensive in Houston. So sorry.