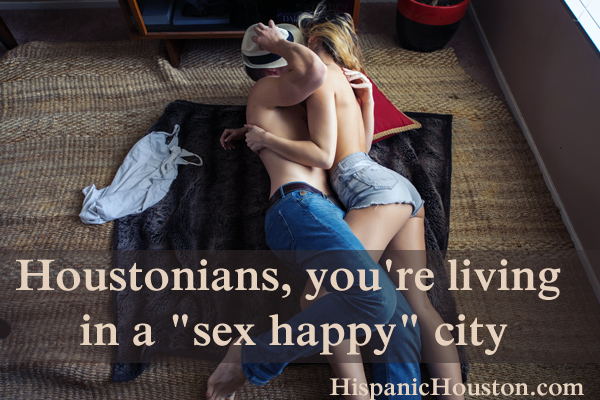 There’s one more reason to love living in Houston, and that’s because in Houston we’re one of the top “sex crazed” cities in the country. Basically, according to Men’s Health Magazine, Houstonians are getting busy, well, a lot. On what do they base this? “We looked at condom sales, birth rates, sex toy sales and rates of certain STDs, to determine the most sex-crazed cities in the nation.”

So, Houstonians, thank you for all the… erm … hard work you put into getting us the ranking. However, we were beat out by Austin and Dallas, who ranked 1st and 2nd respectively. So they may be doing something better or just with more frequency.

Source: Houston scores as “sex happy” city, but Austin and Dallas do it better – CultureMap Houston