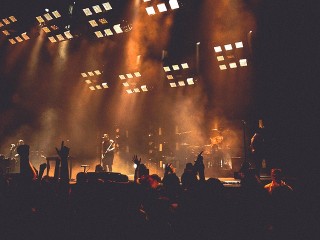 In a follow-up to the calendar listing for “Pachanga Latino Music Festival on Thursday, May 14, 2015” I found an interview on SoundCloud from Houston Matters. The interview is with Rich Garza, founder and producer of the festival:

The Pachanga Latino Music Festival celebrates Latin-themed music, cultural arts and food. What began eight years ago in Austin is now expanding to other Texas cities, including Houston.

Rich Garza is founder and producer of the festival. He tells Houston Matters’ Maggie Martin he created Pachanga to wrap many popular Latin artists into one event.