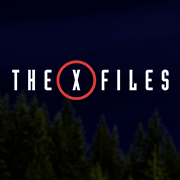 To say that I’m a fan of “The X-files” would be a mild understatement. I watched every episode multiple times. I joined discussion groups where we dissected the episodes after-the-fact. I read fanfiction. No, I didn’t attend the conventions and buy the one-of-a-kind items or actually write the fanfiction myself. But I adored Mulder and Scully and “The X-Files.”

And if you’ve never heard of “The X-Files” I’m going to direct you to the TXF Wikipedia page instead of trying to give you an education in government conspiracies and paranormal phenomena.

Unfortunately, most people only know TXF from the latest movie: “The X-Files: I Want to Believe” (2008). It was not the best introduction to the franchise … OK, it was a a disaster. It was a badly-written episode pretending to be a movie. It had none of the grandeur or the build-up of the previous movie or even of some of the best episodes from the show.

Trust me. It gets better. I’m hoping that the revival of the show, even in a short run, is going to tap back into the original. We’re getting six episodes, but you can bet I’m watching them (and probably in real time).

TXF premiers Sunday, January 24, 2016. Where to get your TXF fix in the meanwhile: