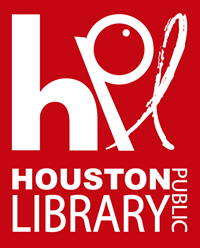 World War II was a major turning point for Latinos as the war offered a space to display their allegiance and patriotism on and off the battlefield. When the United States declared war on December 8, 1941, Latinos in Houston were among the thousands that rushed to enlist. Estimates state that roughly 500,000 U.S. Hispanics served during the war. Despite an atmosphere of prejudice that existed in Houston and other parts of the nation, an extraordinary number of Latinos stepped forward willingly as Americans to join the cause. Through archival documents and photographs held at the Houston Metropolitan Research Center, and through oral histories conducted by staff and volunteers, this exhibit reflects the experiences of and pays homage to Houston’s Latina and Latino veterans of the Second World War.

Latino Americans: 500 Years of History, a public programming initiative produced by the National Endowment for the Humanities (NEH) and the American Library Association (ALA), is part of an NEH initiative, The Common Good: The Humanities in the Public Square.