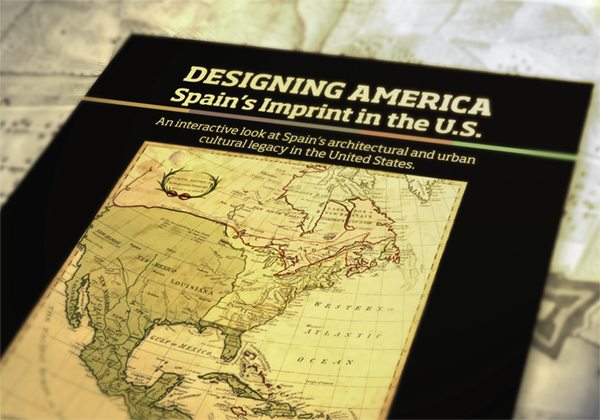 WHAT: EXHIBIT – “Designing America: Spain’s Imprint in the U.S.” on

Designing America: Spain’s Imprint in the U.S. is an exhibition organized by Fundación Consejo España – Estados Unidos, in partnership with Biblioteca Nacional de España (BNE, National Library of Spain). Through the dialogue between historic documents and the combined narration of texts, images and audio-visual elements, the exhibit displays the important contributions that Spain has made to the construction of the United States territory, landscape and cities, starting with the first settlements to present day.

Curated by Spanish architects Juan Miguel Hernández León and Francisco Arques Soler and designed as an open cross-sectional tour through architecture, urban planning and the territory, Designing America: Spain’s Imprint in the U.S. enlightens the historical, political and cultural events that have marked the course of 500 years of common history between the United States and Spain.