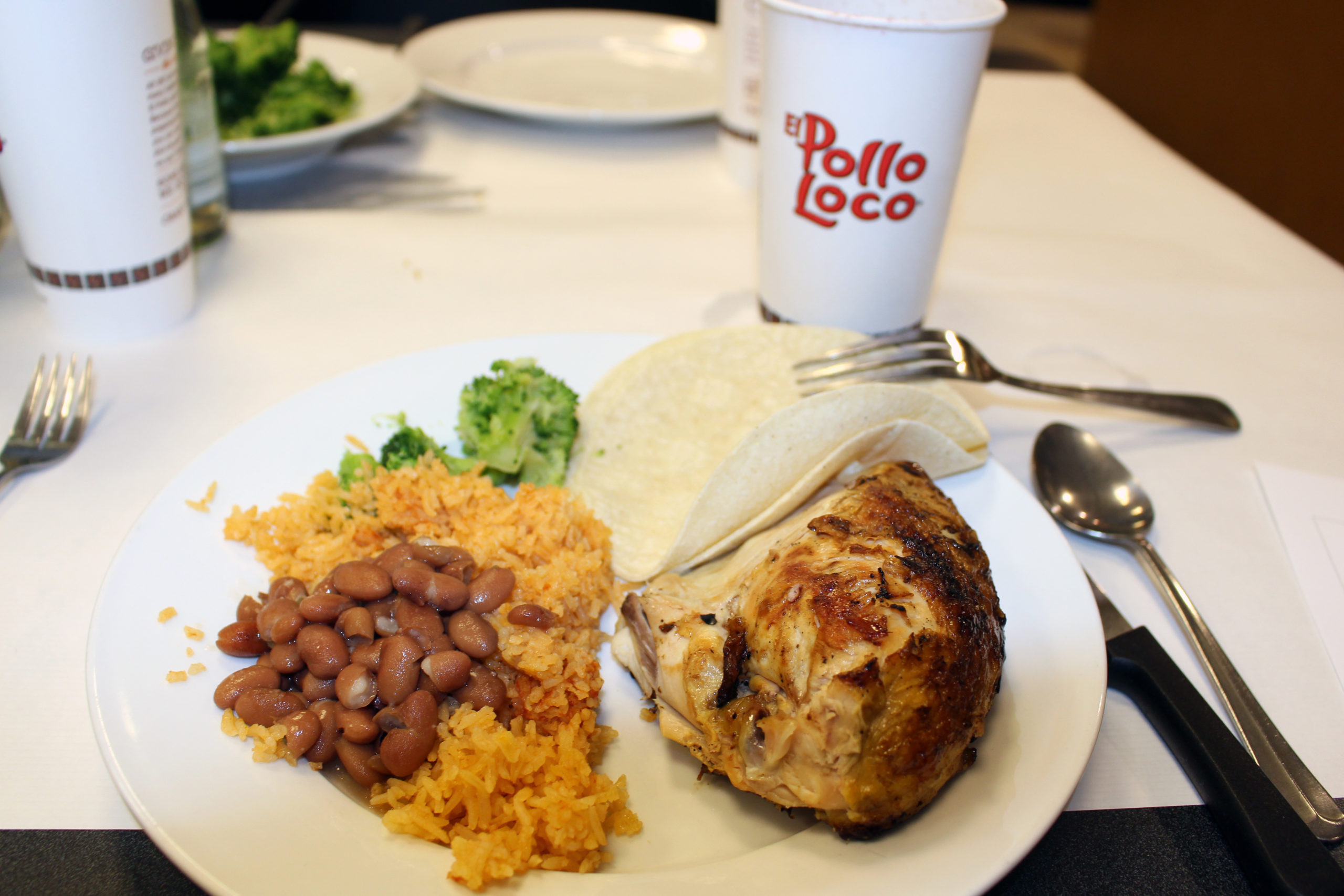 This is a sponsored post, but all opinions are my own.

Last week I attended a tasting event for El Pollo Loco, held to introduce the restaurant and its food to a few Houstonians in advance of their moving into the Houston area later this year. Until I was invited to the tasting event I hadn’t actually heard of El Pollo Loco. When I started posting photos and updates from the event I attended last week I didn’t realize how many of my friends where going to chime in that they loved the food already. I had forgotten that there are more than 400 El Pollo Loco restaurants in Arizona, California, Nevada, and Utah, with 8 restaurants in the San Antonio and Rio Grande Valley areas. So I would post a photo or comment about a dish, and someone would respond via social media that it was great. And the many of the dishes actually were really good. Getting to know the food The signature dish at El Pollo Loco is their citrus-marinated fire-grilled chicken. We were told (and shown) that the chicken is slow-grilled for about an hour by a Grill Master, then chopped into pieces to be sold as part of individual entrees or family meals. The meals include warm flour or corn tortillas and a choice of sides including Spanish rice, charro beans, fresh vegetables, coleslaw and mashed potatoes (I only actually tasted the rice and beans).

I really liked the chicken. It was moist and juicy and just cooked to perfection. The marinade adds a subtle flavor to the chicken. I understand why so many of my friends chimed in their preference for it.

I also liked the flavors in the rice. It’s a little bit different than the traditional Mexican and Tex-Mex rice you’ll find in Houston and I enjoyed the change. I did think that the charro beans were a bit too bland. The burrito is made with diced chicken – yes, the same citrus-marinated, fire-grilled chicken that’s their specialty. It includes avocado, pinto beans, cilantro, onions, cheese and salsa, all wrapped in a giant-sized tortilla. It’s a classic burrito made with fresh ingredients, and you can tell when you taste it.

First I will have to clarify that what El Pollo Loco calls a Tostada to me was a chicken taco salad. Diced chicken, chopped romaine lettuce, beans, rice, shredded cheese, and sour cream tossed into a crisp, flour tostada shell. It’s served with a creamy cilantro dressing that quickly became one of my favorite things at the tasting. The Tostada is definitely worth checking out, a great choice for a satisfying meal.

The Pollo Bowl is basically a chicken salad without the lettuce. It’s made with chopped chicken, beans, rice, onions, cilantro and salsa. Notice that it doesn’t have cheese and sour cream, and it doesn’t have the fried shell? This is supposed to be a healthier alternative for you. Unfortunately, it tastes like it’s a healthier alternative. I’m very fond of the unhealthy ingredients in the Tostada, which is why I preferred that dish. This is part of the Under 500 Calorie menu. They’re made with chicken, guacamole, lettuce, salsa, shredded cabbage, and sour cream. They’re all fresh ingredients, which will appeal to those looking for an alternative to the greasy taco.

Have I mentioned the Cheesecake Chimichangas? If the entrees don’t entice me to trek out to Sugar Land when the El Pollo Loco opens up, this little dessert will. It’s cheesecake and chocolate wrapped in a deep-fried flour tortilla, and covered in powdered sugar. You have to try them. Really, you absolutely have to try them. El Pollo Loco is opening in the Houston-area at 4528 Hwy 6 & Austin Pkwy in Sugar Land (estimated date in October 2014). You can find more info about them at www.elpolloloco.com.