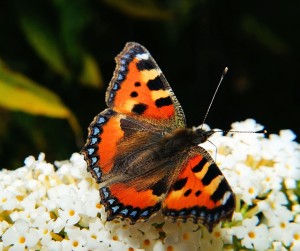 Opera singer Martínez is playing Cio-Cio-San in Puccini’s Madame Butterfly at the Houston Grand Opera from now until February 8, 2015.

According to Wikipedia, “Martínez was born in San Juan, Puerto Rico, the daughter of Puerto Rican opera singer Evangelína Colón and Ángel Martínez, a Cuban psychoanalyst … An alumna of the Houston Grand Opera Studio, Martinez has appeared in numerous productions with the Opera house, including her performance as Lucero in the World Premier of Daniel Catán’s Salsipuedes, Mimi in La Boheme, Donna Elvira in Don Giovanni, La Contessa in Le Nozze di Figaro, and Liù in Turandot. At the San Francisco Opera she has performed as Amelia in Simon Boccanegra, Micaëla in Carmen, and Pamina in the Die Zauberflöte.”

When Puccini heard the story of a young Japanese girl who sacrifices everything for a faithless U.S. Navy lieutenant, he knew he had found a winning idea for a new opera and immediately began work on Madame Butterfly. It would become one of the most beloved operas of all time.

Puccini’s score, infused with atmospheric Eastern motifs, is mesmerizing. From the passionate Act I love duet, to Butterfly’s steadfast declaration of her love, “Un bel di,” to the tender, anticipatory beauty of the “Humming Chorus,” this is opera for the ages.