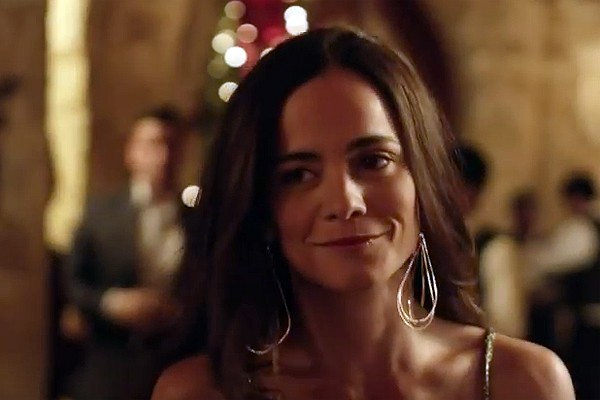 I missed “La Reina del Sur” when it ran on television, becoming a runaway blockbuster and prompting (almost by itself) the narco-novela genre of Spanish television. It certainly cemented the international acclaim of (now notorious) start Kate del Castillo. Almost everyone I know who has seen the novela tells me how great it is, and that I have to see it. I’ve always meant to … just haven’t.

Then Netflix added it to their offerings and I promptly queued it, sure that it would be the next thing I saw. But time passed, and I just didn’t. And new things have been added and pushed it further down on my list.

And now, there’s one more (really good) reason to watch it: USA is making their own version of the story, “Queen of the South.” And I’m thinking that it’s time to just watch it and get it over with.

In case you don’t know what the core story will be, let’s start with some basics: the entire thing is based on the book “La Reina Del Sur” by author Arturo Pérez-Reverte. It’s the story of a woman who’s drug-dealing boyfriend is killed. She goes on the run, then sets out to destroy the cartel and ends up as the head of a cartel in Spain. There’s plenty of twists and turns, betrayals and bodies along the way.

In the USA version (to premier later this year) Teresa Mendoza is played by Alice Braga. You may have seen Braga in “I am Legend” or “Predators.”

Also playing will be Veronica Falcón, a well-known Mexican novela actress, and Justina Machado, who has played small roles various shows including “Devious Maids” and “Switched at Birth.”

Now we just have to wait and see if the English version is as big a hit as the Spanish version.