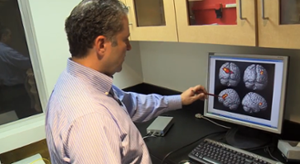 My congratulations go to Arturo Hernandez, a University of Houston (UH) developmental psychology professor who is one of this year’s recipients of the Friedrich Wilhelm Bessel Research Award. 20 of these awards are given out by the Alexander von Humboldt Foundation to internationally renowned scholars in recognition for their research accomplishments and their “exceptional promise to the future.” Hernandez was honored for his work in mapping how the brain processes language, which looks at how language – including a second language – is taught and learned. Hernandez is the director of the Laboratory for the Neural Bases of Bilingualism at the University of Houston and is the author of the book, “The Bilingual Brain” (Oxford University Press, 2013). His research is currently funded by a grant from the National Institutes of Child Health and Human Development.

The award is valued at approximately $50,000 and allows Hernandez to conduct a research project in Germany for a year. He plans to collaborate with Christian Fiebach, a professor of cognitive neuroscience at Goethe University in Frankfurt, starting in August 2015.

Hernandez believes this research could have applications for genetics, learning disorders, people with difficulty learning language or children with language delay, speech or sound issues. His long-term goal is an educational outcome that would help change the way to teach language to people, specifically a second language.