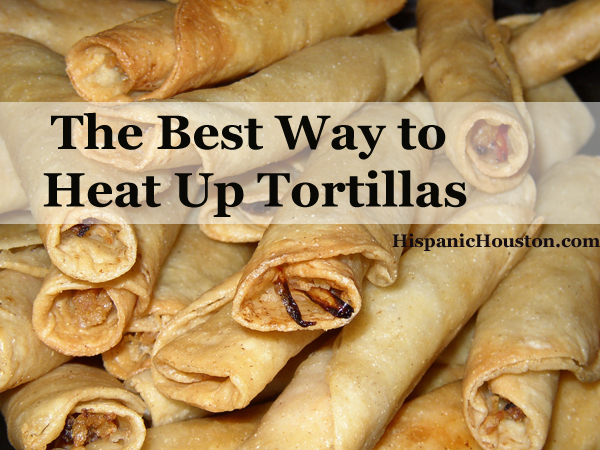 The best way to heat tortillas (in my opinion) is on a comal (a griddle). Of course, I don’t own a comal, so I usually just pull out my largest pan, heat it up, and heat up the tortillas I need. This used to irritate my mother, who thinks that I need a comal in my kitchen. She stopped suggesting that I buy one and has even started to microwave her tortillas (but I blame her grandchildren for that). Every once in a while, she’ll use a pan while at my place to heat up tortillas as needed.

The Kitchn takes this “no comal” idea one step further and suggests that you pull out a wok and use that. It makes sense, that’s gotta be the largest possible surface available in most kitchens, which would allow for the most tortillas heating up at once. Probably even better than a comal.

Of course, I don’t own a wok either …