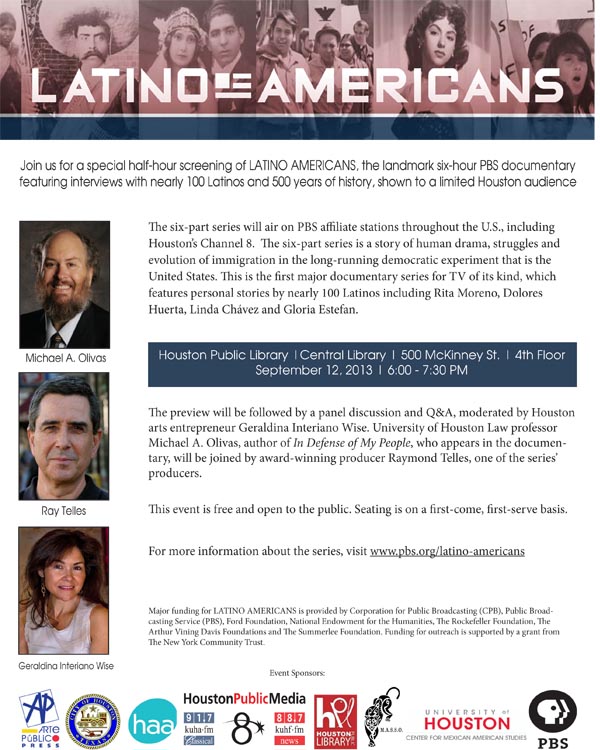 Houston Public Media, Arte Público Press, The Center for Mexican American Studies at the University of Houston, and the Houston Public Library present a special half-hour preview screening of documentary film Latino Americans followed by a conversation with luminaries involved in the film, including:

It is being promoted as the first major documentary series for television to chronicle the rich and varied history and experiences of Latinos, who have helped shape North America over the last 500-plus years of history and have become, with more than 50 million people, the largest minority group in the U.S.