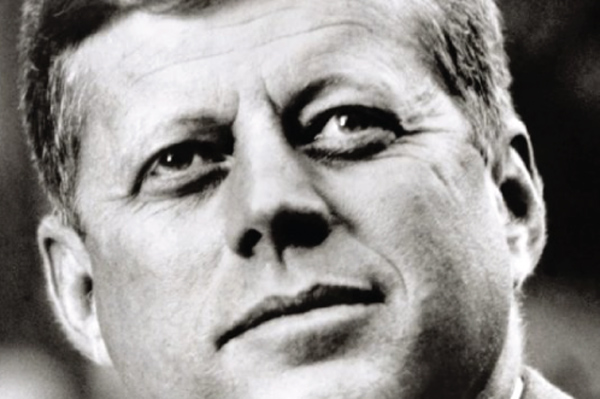 November 22, 2013 marks the 50th anniversary of the assassination of President John F. Kennedy. There are several events in Houston to commemorate this date (see below).

The anniversary has special significance to Houston’s Hispanic community. Kennedy and First Lady Jacqueline Kennedy were in Houston on the day before his death, attending an event with (LULAC). Texas Governor John Connally and San Antonio Congressman Henry B. Gonzalez also were present, as were Vice President Lyndon B. Johnson and his wife, Lady Bird. It was the first time an American president had addressed a Latino organization. Many consider the event to be the moment when Latino politics was born.

In the early 1960s, Dallas was brewing with political passions, a city crammed with larger-than-life characters dead-set against the Kennedy presidency. “Dallas 1963,” is an explosive, chilling account of the city that would become infamous for the assassination of a president. Breathtakingly paced, “Dallas 1963” presents a clear, cinematic, and revelatory look at the shocking tragedy that transformed America. Countless authors have attempted to explain the assassination, but no one has ever bothered to explain Dallas—until now.

With spellbinding storytelling, Minutaglio and Davis lead us through intimate glimpses of the Kennedy family and the machinations of the Kennedy White House, to the obsessed men in Dallas who concocted the climate of hatred that led many to blame the city for the president’s death. Here at long last is an accurate understanding of what happened in the weeks and months leading to John F. Kennedy’s assassination. DALLAS 1963 is not only a fresh look at a momentous national tragedy but a sobering reminder of how radical, polarizing ideologies can poison a city-and a nation.

LULAC Council #60 will commemorate Kennedy’s visit to Houston with a reception to be held on the same day and location as the one 50 years ago. To buy reception tickets, visit http://www.jfklulac.com/buy-reception-tickets.html.

Conspiracy theories swirl almost fifty years after the assassination. Trip in the Dark asks a different question… if there had been a conspiracy, what would have happened next? And where is the evidence?  The thriller follows the murky trail of a set of incriminating tape recordings of Lyndon Johnson and his conspirators (the Texas oil cartel) from the President’s Oval Office to Richard Nixon, who discovers them during his Watergate cover-up, to Texas Governor Jake McCarty, the surviving victim of Oswald’s assassination attempt. McCarty, embittered by his wounds and enraged by Johnson’s failure to tell him of the plot, uses the tapes to extort money and favors from the conspirators.

McCarty’s plans are disrupted by another great disaster—the crash of the oil market and the Texas recession of the 1980’s. Facing financial ruin, McCarty must entrust the tapes to his naïve, ambitious protégé-bankruptcy lawyer Tom Nielsen. Now, Tom must embark on his own trip in the dark threatened by criminals who want the tapes and haunted by his lost innocence.

One thought on “In Memory of President John F. Kennedy”