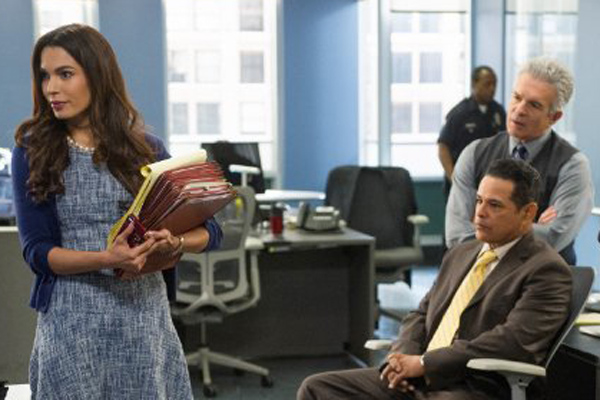 On television, and movies and everywhere else, it’s practically a cliche that if you see a Latino name as part of the credits, they’re going to play a domestic or a criminal. Every once in a while you’ll get a nice token character that’s supposed to make up for the countless stereotyped ones used in the show, but those are usually few and far between. “The Closer,” the “Major Crimes” predecessor, didn’t follow this time-tested formula too closely. They gave us Detective Julio Sanchez, played by Raymond Cruz, as the hard-as-nails former-gang-member thug-like police officer that survived the transition to the spin-off series. Sanchez is utterly loyal and not bothered by things like civil rights and legal nuances. He is a kind of cliche, but at least one that provided a character in a positive role.

They also gave us Dr. Morales, played by Jonathan Del Arco, as the Deputy Medical Examiner. Morales is cerebral, intensely scientific and the opposite of Cruz. His role is mostly supporting and often brief, but always peppered with his personality and the occasional mention of growing up in South America. I was pleased to see that the Morales also made the jump to the spin-off series.

Sanchez is a character that’s built around the fact that he grew up surrounded by, and surviving, the Latino gangs. He is the Latino member of the team. Morales is a character that is built around his personality and function in the show, and who just happens to be Latino. I don’t believe I’ve ever heard Morales say a word in Spanish on the show, even though (theoretically) that’s his first language. It’s a nice change.

In the universe of “The Closer” there was the occasional non-criminal Latino guest character, for example a journalist, but they were vastly outnumbered by the illegal immigrants, and the drug dealers, and the Mexican paramilitaries, and, of course, the gang members. In a cop show, I’m sure you’ll tell me, did I really expect something different? And I would answer that I did not. The reality is that I watched the show because I was fascinated by the main character, Deputy Police Chief Brenda Johnson. But I’ll leave my fan status of good guys that do bad things for good reasons for another day. In the jump-off from the original series, “Major Crimes” has added a third recurring character to the mix: Deputy District Attorney Emma Rios. Played by Nadine Velazquez, Rios is the epitome of, well, a princess. This character gives the impression of never having had a deprivation in her life, being accustomed to getting her way, and of being only marginally aware of how the other half lives. The fact that her last name is Rios is inconsequential and never mentioned as a plot device. She’s a woman, she’s a Latina, she’s an attorney — and in the show, as in the real lives of many of us, that’s completely unremarkable.

In its third season, “Major Crimes” has a lot more character development and ongoing threads than its predecessor. There are storylines that require that you watch regularly to keep track of what’s going on. In addition, the shows all have one self-contained mystery: a major crime that’s solved while you watch.

If you like the gritty stories like Law & Order, then this show is going to be too fluffy for you. If you’re a fan of the lighter Rizolli & Isles or The Mentalist types of show, where the crimes are almost an afterthought to what’s going on in their lives, then this may not be your best bet. But I do recommend you at least give it a try.

“Major Crimes” comes on TNT on Mondays at 9/8pm Central.