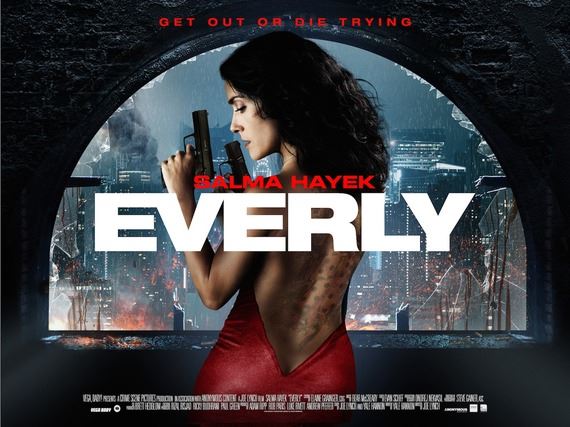 I’m at a loss at explaining the movie “Everly” to anyone who hasn’t seen it. It’s a movie released in 2014 starring Salma Hayek in which she gets beaten, raped, tortured … as a plotline. It’s along the lines of the “Hostel” type of movies, where human suffering is supposed to be entertainment. If there was a story behind it, or a purpose, I never caught on to it.

And did I mention that large portions of the movie are in Japanese with English subtitles?!?!?

I watched it because it hit my Netflix suggested movies list and, well, it’s Salma Hayek. Trust me, that’s the last time I watch a movie without at least checking the Wikipedia listing first.

There’s 92 minutes of my life that not only will I never get back, it’s probably going to give me nightmares … or at least give me flashbacks the next time I see Hayek in something.

Do not make the same mistake. Don’t stream this movie.