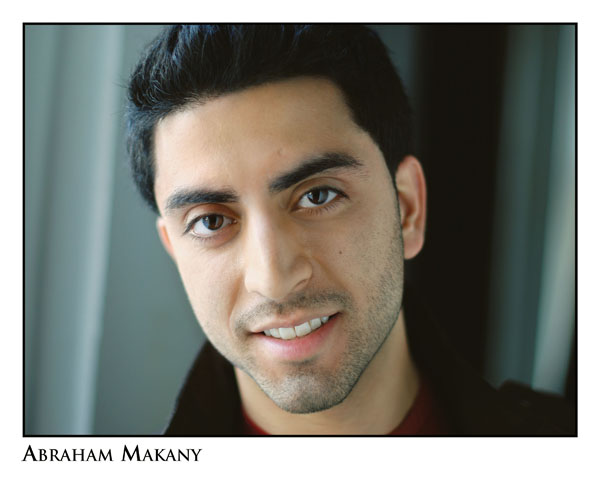 Houstonian Abraham Makany will guest star in Showtime’s Homeland on December 1, 2013. Abraham was born in Southwest Houston; his mother (a Nicaraguan national) is a middle school teacher at Jackson Middle School and his father (an Iranian national) is a detention officer at the Harris County Jail. His parents were hesitant to allow their son to pursue such a fickle career, but after seeing him perform in high school, they gave him their blessing.

Makany auditioned and was accepted into the highly-regarded Mason Gross School of the Arts at Rutgers University.  His first New York theater credit came quickly — while still a freshman at Rutgers he was cast in the Living Theatre’s Obie Award winning production of The Brig. After graduating his career accelerated, and he performed in mainly Off-Broadway in productions such as Kandahar to Canada in The 34th Marathon of One-Act Plays (Ensemble Studio Theatre), Job (The Flea Theater) and others.

In May 2013, Makany got his first television break, guest starring in the season finale of CBS’s Person of Interest. Since then he has guest-starred in two episodes of the Travel Channel’s Mysteries at the Museum, Investigation Discovery’s new series The Secret Lives of Stepford Wives and a new Portuguese series entitled, “Jikulumessu” which has international distribution. He will be guest starring in Showtime’s Golden Globe and Emmy Award winning series Homeland on December 1st, 2013.

Makany’s versatile language skills have given him the ability to play very diverse characters, including parts where he has spoken Spanish, Farsi, Arabic, and Kurdish. He looks forward to producing more eclectic works and bringing the unexpected to light.