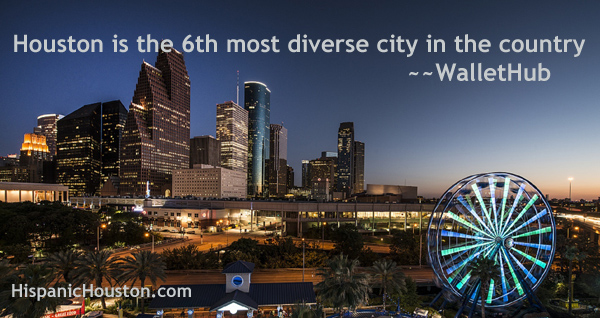 As a Houstonian I’ve been particularly proud of the fact that we surpassed New York as the most ethnically and racially diverse city in the U.S., according to US Census data. All this did was validate what I already knew: in Houston you can find something from almost any corner of the world, including people.

Because of this, I have to admit that I was surprised when I read that (according to WalletHub) Houston isn’t the most diverse city in the country. We only ranked 6th, which is still in the top ten, but doesn’t get us the title of “best.”

WalletHub’s rankings are based on reports on economic class diversity, ethno-racial and linguistic diversity, and diversified economies with household diversity. How did Houston fare?

Houston, we can do better.

Other Texas cities broke into the top 20: Fort Worth ranked 12th, Arlington ranked 14th, Dallas ranked 16th, and Austin ranked 20th. So we’re the only city that make it into the top 10, but I still say that we can do better.