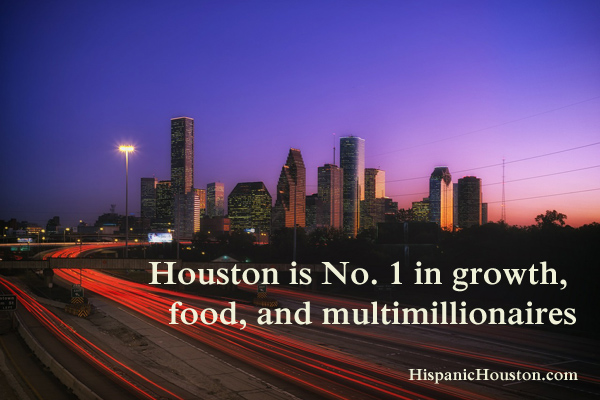 I don’t need anyone to tell me that Houston is the best, but it’s always nice to see in print. We’ve been making a lot of “best of” lists lately. Here are just a few more.

Earlier this year we made No. 1 on Forbes’ list of America’s Fastest-Growing Cities. These are the stats Forbes shared, which explain how well the city is doing:

We’re also the best place to eat … at least according to a recent Travel + Leisure Magazine ranking. Houston ranked No. 1 in three separate food categories: burgers, brunch, and specialty food shops. Of course, I agree with them. But I think maybe more taste testing is required just to make sure.

And last but not least … drum roll … Houston tops the list of places in the U.S. for most new multimillionaires. According to a recent survey (reported here), Houston had the most growth in multimillionaires in the last decade, with a 63% growth rate in this period. Very cool.

Where else is Houston excelling?

One thought on “Houston is No. 1 in growth, food, and multimillionaires”