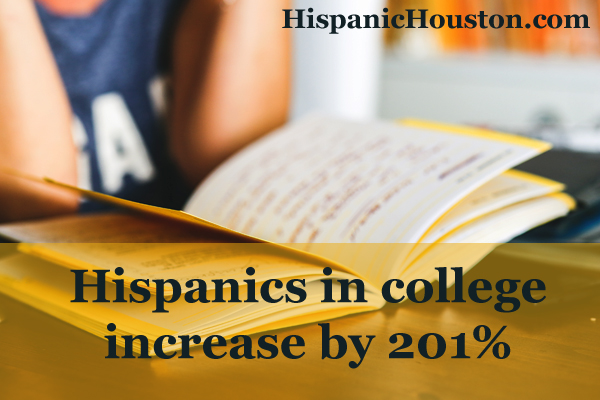 I believe that education is the key to quality of life improvements. It’s more than just earning a degree, but also learning how to manage our money, health and lives. But I know that the college degree is the place to start. It’s a belief we share in my family. I was lucky enough to earn my bachelor’s degree, though it took me 7 years of working my way through school to attain it — making me the first person in my family to get a college degree. Both my sisters have their degrees, with one obtaining a graduate degree, and my brother enrolled in college after serving his third tour overseas.

According to Pew Internet Research, in 2013 there were 2.2 million Hispanics in college, a 201% increase over the 728K enrolled in 1993. That makes Hispanics the largest minority group in college campuses within the US. It’s worth noting that even with this increase, just 15% of Hispanics ages 25-29 have obtained a four-year degree.

The good news for those who do make it into college is that they’re less likely to have student debt. Compare the 22% of young Hispanic households with student debt to the 42% of white households and 40% of black households and you’ll see that it amounts to half as much.

What can we do to encourage more students to enroll in and complete four-year degrees?