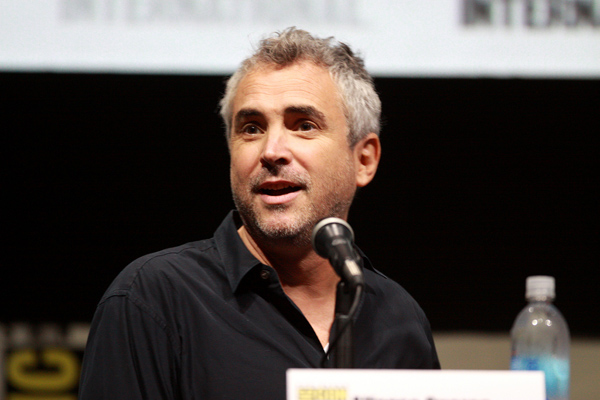 Congratulations go to Alfonso Cuarón for winning the Golden Globe Award for Best Director for “Gravity.” This film had received critical acclaim for the performances of Sandra Bullock and George Clooney. Cuarón’s involvement was almost a footnote in media coverage, so I was glad to see that he did receive an award for his work. According to Wikipedia, Cuarón “has been nominated for six Academy Awards: Best Original Screenplay for Y Tu Mamá También, Best Adapted Screenplay and Best Editing for Children of Men, and Best Picture, Best Director, and Best Editing for Gravity.”

I first noticed Cuarón’s work in “Y Tu Mamá También,” a great Mexican film that impressed international audiences (2001). His English-language films include “Harry Potter and the Prisoner of Azkaban” (2004) and “Children of Men” (2006), both good films (though I loved the Harry Potter one more, because it was a Harry Potter film). I look forward to seeing what his next project will be.

A video about the film, and info, from Warner Bros.:

Academy Award® winners Sandra Bullock (“The Blind Side”) and George Clooney (“Syriana”) star in “Gravity,” a heart-pounding thriller that pulls you into the infinite and unforgiving realm of deep space. The film was directed by Oscar® nominee Alfonso Cuarón (“Children of Men”).

Bullock plays Dr. Ryan Stone, a brilliant engineer on her first shuttle mission, with veteran astronaut Matt Kowalski (Clooney). But on a seemingly routine spacewalk, disaster strikes. The shuttle is destroyed, leaving Stone and Kowalski completely alone—tethered to nothing but each other and spiraling out into the blackness.

The deafening silence tells them they have lost any link to Earth…and any chance for rescue. As fear turns to panic, every gulp of air eats away at what little oxygen is left. But the only way home may be to go further out into the terrifying expanse of space.