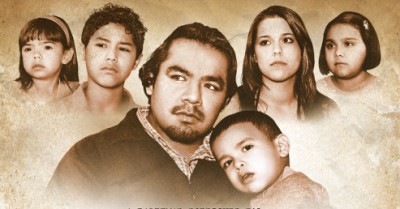 Houston will be host to the 46TH Worldfest-Houston Film Festival April 12-21, 2013. Touted as the “3rd-oldest international film festival in North American and the oldest independent film festival in the world,” it’s certainly an event to check out.

Below are a few films to look for in the lineup. See the entire list of films at https://worldfest.org/features-schedule-2013/ (the “buy tickets” link is next to each film).

Garifuna in Peril
“A Garifuna language teacher from a coastal village in Honduras, Central America struggles to preserve his indigenous culture and communal lands in the face of tourism’s encroachment and personal betrayal” (from the Worldfest website). this screens on Sunday, April 21 at 5pm.

Gringos at the Gate
A movie about the Mexico-US contest to dominate the sport of soccer. Screens Saturday, April 20, 2013 at 5pm.

Her Cry: La Llorona Investigation
This movie sounds like a pseudo-documentary: “The father of a missing teen contacted creators of a reality show… and inquired about one of their episodes from the past season, claiming that show had something to do with his daughter” (from the Worldfest website). This screens Friday, April 19, 2013 at 11pm.

In Search of the American Dream
(pictured above)
Filmed in and around Houston, this movie was written and directed by local director Baldemar Rodriguez. “This is a riveting story of five children and their adult brother as they desperately race across Texas for survival after their parents, who were undocumented for 30 years, were caught, arrested, and thrown in jail. Now, deportation is only a matter of time. When Child Protective Services (CPS) threatens to separate them, the children are forced to abandon the only home they’ve ever known” (from the Worldfest website). This movie screens Saturday, April 13, 2013 at 9pm.

There are many many more movies to spotlight, so I will probably be creating a “part 2” to this post. In the meanwhile, the festival starts next week, so check out the listings online.