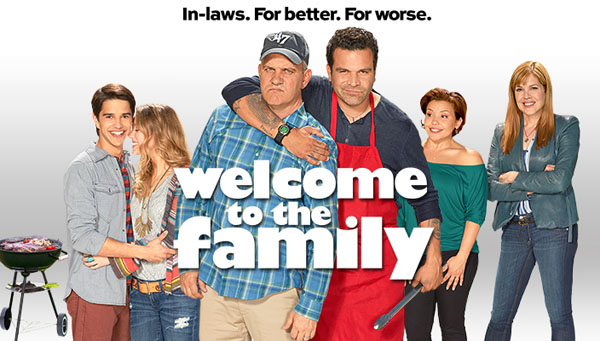 Ricardo Chavira, of “Desperate Housewives” fame, will be returning to television in an NBC comedy this fall with “Welcome to the Family.” The NBC promo:

Dan Yoder (Mike O’Malley, “Glee,” “My Name Is Earl”) and wife, Caroline (Mary McCormack, “In Plain Sight,” “The West Wing”), think they finally have it made. Their daughter, Molly (Ella Rae Peck, “Deception,” “Gossip Girl”) – not the most diligent of students – has managed to graduate from high school and has been accepted to college. Her proud parents are looking forward to an empty nest and are breathing a heavy sigh of relief.

Across town, Molly’s secret boyfriend, Junior Hernandez (Joey Haro, “Glee,” “Awkward”), is graduating from his high school with top honors and has plans to go to Stanford. Parents Miguel (Ricardo Chavira, “Desperate Housewives”) and Lisette (Justina Machado, “Six Feet Under,” “ER”) are bursting with pride. Everything seems like it is falling into place for them, but unbeknownst to both families, Molly and Junior are about to become parents themselves.

Basically, the show is about two very different families that are forced to get along because the kids fall in love, and into parenthood. I’m sure we can expect a lot of cliched culture clash comedy. From the trailer (shared below) I’m hoping it’s more than just aiming for the low-hanging fruit. The cast itself is a nice mix of veteran TV actors. And the brains behind it are creator-writer Mike Sikowitz (“Rules of Engagement,” “Friends”) who serves as an executive producer along with Jamie Tarses (“Happy Endings,” “Franklin & Bash”).

As part of the pre-premier news, it was announced that Eva Longoria will be making an appearance in an episode of the show’s first season. This will be the first time Longoria and Chavira have appeared together on a show since the end of “Desperate Housewives,” where they played Gabrielle and Carlos Solis.