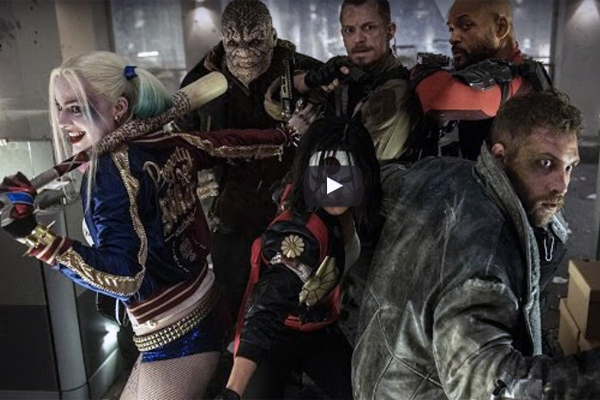 2016 promises to be a stellar year for DC Comics fans, with more to follow. We’re going to see the release of the much-anticipated “Batman v Superman: Dawn of Justice” and “Suicide Squad.” We’ll also see the promotion begin for the Wonder Woman movie, slated for release next year.

“Batman v Superman: Dawn of Justice” brings us a new Batman (performed by Ben Affleck) in the first live action movie to have both the dark knight and Superman (once again played by Henry Cavill). The movie is expected for release in September 2016.

“Batman v Superman: Dawn of Justice” also introduces several other DC Comics mainstays to the big screen, including the diabolical Lex Luther (played by Jesse Eisenberg) and, my personal favorite, Wonder Woman (played by Gal Gadot). And, by the way, the yummy Jeffrey Dean Morgan is listed among the cast as playing Thomas Wayne; I’m hoping that he’ll be on screen for more than just a few minutes.

The second DC Comics release in 2016 is “Suicide Squad,” which may not have made your radar yet. If you’ve been watching TV’s “The Arrow” you will recognize the team, and even a few of the members. For everyone else, the “Suicide Squade” is a team of imprisoned super-villains who have been recruited by the government to go out on dangerous black ops missions in exchange for clemency.

Can I just mention that the cast includes (once again as Batman) Ben Affleck, Will Smith (as Deadshot), Jared Leto (as the new guy playing The Joker), and Viola Davis (playing Amanda Waller, who runs the Suicide Squad)? If the high-caliber cast won’t get you to watch it, then the idea of resurrecting a new version of The Joker might be enough.

Watch the trailer. It looks like the movie is going to be watch-worthy.