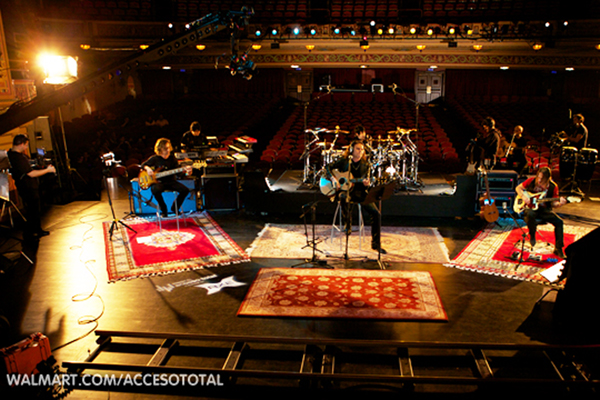 Today’s video pick is the latest music video from Mexican rock band Maná. They recently released the video of their single, “La prisión,” off their latest album “Cama Incendiada” (2015). Maná will be in concert in Houston on Tuesday, July 7, 2015 at the Toyota Center. The group is using the current tour to spotlight their new music. This song is expected to be among those performed next month.

Maná is considered to be one of the top-ranked Latin American bands of all time and a strong influence in the world of Spanish Rock. They are, of course, one of my favorite bands. They have consistently generated one hit after another since releasing their first album in the early 1990s. But it was “¿Dónde Jugarán Los Niños?” (1992) that catapulted them to international fame, selling more than 3 million copies worldwide and became the best selling Spanish-language rock album of all time [1].

The last time Maná came to Houston they sold out the Toyota Center for two back-to-back concerts. Watch the video and chime in on what you think of the new song.