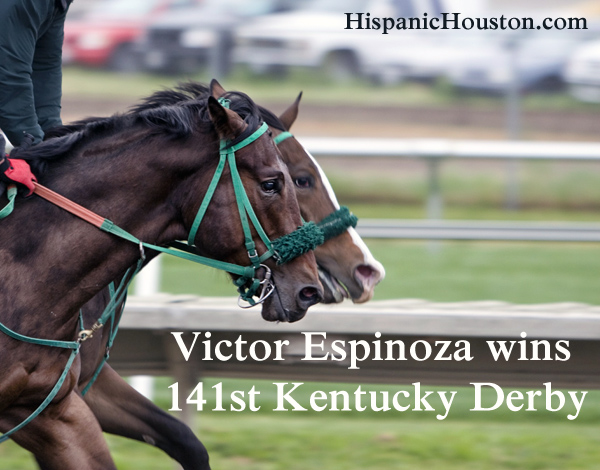 Jockey Victor Espinoza rode American Pharoah in last week’s 141st Kentucky Derby and won. According to the LA Times, he “became the seventh jockey with three Derby victories and the sixth to post two consecutive wins.”

According to Wikipedia, Espinoza was born in Mexico, where he began his career in riding, but started competing at racetracks in California. “He has won the Kentucky Derby three times, riding War Emblem in 2002, California Chrome in 2014, and American Pharoah in 2015. He also won the Preakness Stakes two times, riding War Emblem in 2002 and California Chrome in 2014.”