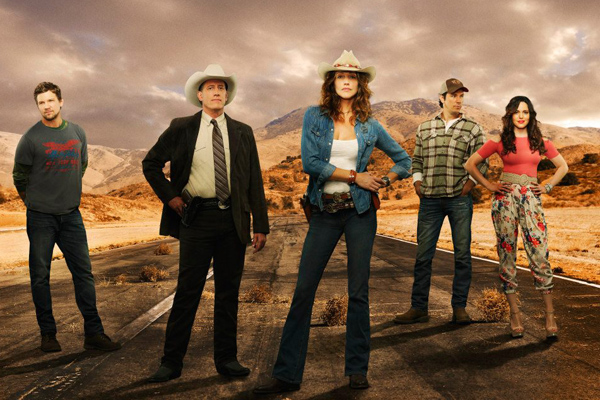 The anticipated “Killer Women” starts up next week, promising “8 killers. 8 weeks.” ABC is promising eight new episodes to kick off the run of this show.

“Killer Women” is an adaptation of “Mujeres Asesinas” from Argentina, and marks the first Executive Producer role for Sofia Vergara. The show stars Tricia Helfer (of Battlestar Galactica fame) as Texas Ranger Molly Parker. More info on the show, from ABC:

Also on the show are Alex Fernandez (playing Lt. Luis Zea) and Marta Milans (as Vanessa “Nessa” Hernandez). Fernandez has been busy with roles in “Devious Maids” and “The Bridge.” Milans is a Spanish actress with a limited American resume.