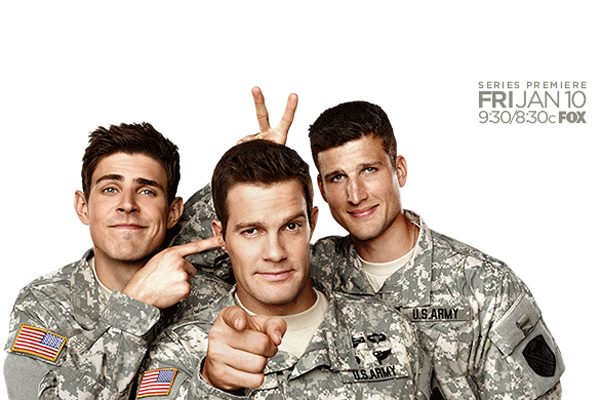 For those of you who are looking for something a bit lighter, Fox debuts Enlisted later this week. The show is described as “an irreverent and heartfelt single-camera comedy about an older sibling who returns home to reconnect with his two brothers and lead a group of misfits on a small Florida Army base.”

The show stars Geoff Stults as Sgt. Pete Hill, the “older sibling” in question. The cast is a group of unknowns or barely-knowns. Of particular interest is Angelique Cabral, who plays a supporting role of Jill Perez. Cabral has played small roles in several shows, including an uncredited appearance in the pilot of Devious Maids.