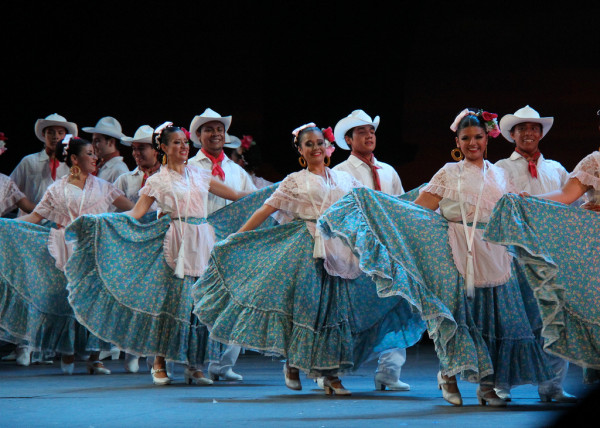 The significance of the dates is that there are seven Latin American countries that celebrate independence on September 15 and 16: Costa Rica, El Salvador, Guatemala, Honduras, Nicaragua, Mexico, and Chile. The ending was chosen to coincide with Christopher Columbus Day (October 12), a day that we don’t actually celebrate any more.

In Houston there are many activities happening to celebrate. Here are just a few to kick off the month:

The 45th Annual Fiestas Patrias International Parade is on Saturday, September 14, 2013 at 10 am. The parade begins at 10:00 a.m. on Texas at Jackson, proceeds west on Texas, north on San Jacinto, east on Preston and concludes on Preston at Crawford.

The Festivals and Performances

Wells Fargo presents El Grito at Miller Outdoor Theatre on Sunday, September 15, 2013 at 7:30 pm. Join Wells Fargo and Miller Outdoor Theatre for the stirring El Grito ceremony followed by performances from Los Humildes de Los Hermanos Alaya and Raúl Hernández, “El Tigre del a Banda.”  This is a ticketed event for the covered seating area. Free tickets are available (4 per person over age 16 while they last) at the Miller Outdoor Theatre box office the day of the performance between the hours of 10:30am-1pm.  If tickets remain at 1pm, the box office will re-open one hour before show time to distribute the remaining tickets. As always, open seating on the hill.

Traders Village 7th Annual Fiestas Patrias on Sunday, September 15, 2013. Traders Village along with Telemundo TV 47 will celebrate FIESTAS PATRIAS on Sunday, September 15th. The celebration will have a free live concert, dancing, and family fun. Sunny Ozuna and the Sunliners will be headlining this year’s festival. Admission is free, parking is just $3 per vehicle. For updated info visit the Trader’s Village website.

MFAH Exhibit: “Calaveras Mexicanas” on view now until December 15, 2013 at the Museum of Fine Arts, Houston. This exhibition commemorates the 100th anniversary of the death of José Guadalupe Posada (1852–1913), considered the father of Mexican printmaking. Calaveras Mexicanas: The Art and Influence of José Guadalupe Posada showcases a group of approximately 50 of the artist’s prints that explore the continuing resonance of his work.

Check out the Hispanic Heritage Month calendar for more events.