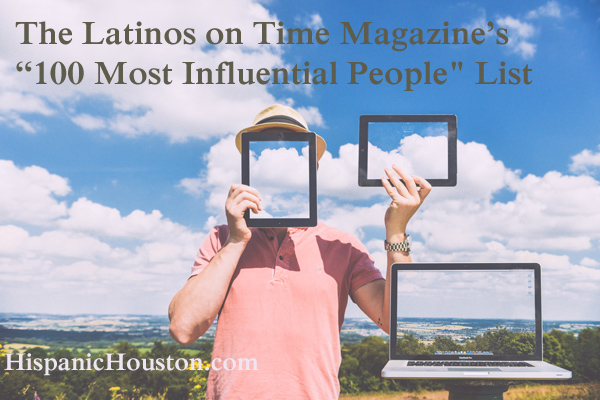 Time Magazine released their annual list of “100 Most Influential People.” It includes the names you might expect, like Kanye West, and a few you might not expect, like Narendra Modi. What struck me was who wrote the segements on each person (Modi’s was written by President Barack Obama, while Jorge Ramos’ was written by Christiane Amanpour.)

Of course, there were only six Latinos on the list. Yes, just six on a list of the 100 most influential people. (Sigh.) La Voz pulled together the list for us: