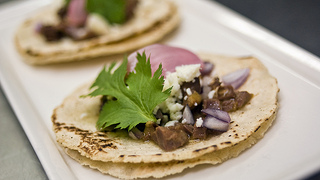 Now I should say I have never been to this establishment before.  But now, of course my curiosity is piqued.  When I first heard about this list put together by Zagat my immediate thought was “if they don’t have Houston listed, they don’t know what they’re talking about.”  My eyes raced to the bottom of the article to the complete list of Top Mexican Food Restaurants in the United States.  To my satisfaction Houston was on the list.  My next thought was “oh now I have to try that place!”

If you have tried it before and you would agree that this restaurant out of all of the other Mexican food restaurants in the fourth-largest city in the United States is the best one in the city, please let me know.  I would love to know that it is in fact all Zagat made it out to be.  If on the other hand you are a bit more skeptical like me, thinking “hmm, my favorite spot didn’t make the list” – for the record, my favorite Mexican restaurant is Taquería Alteño off of Harrisburg in the East End – then by all means tell me too.  I don’t want to be too disappointed either.

Although knowing myself, I won’t be satisfied until I make it out to Irma’s Southwest Grill myself.  Kudos to the owners of this Houston eatery for making an impression on Zagat either way!

Here’s the complete list of Top Mexican Food Restaurants in the US:

What’s your favorite go-to spot for Mexican food in Houston?