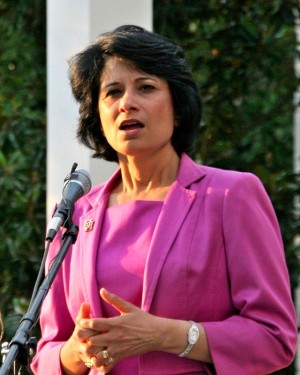 As chancellor of the UH System, Khator oversees a research university that has more than 66,000 students, a budget of more than $1.3 billion. UH System has a $3.5 billion-plus economic impact on the Greater Houston area each year and includes UH, UH-Clear Lake, UH-Downtown, UH-Victoria and branch campuses in Pearland and NW Houston. In addition, UH System has teaching centers in Cinco Ranch and Sugar Land, has KUHT (the nation’s first educational television station, and two radio stations), KUHF (Houston’s National Public Radio affiliate), and KUHA   (the classical station).

As president of UH, Khator is the chief executive officer of the largest and oldest of the four UH System universities. UH enrolls 40,000-plus students, offers more than 300 undergraduate and graduate programs and awards 7,000 degrees each year.

Beginning in 1985, Khator began a 22-year career affiliation with the University of South Florida. She served in various positions, culminating in her position as provost and senior vice president of the university.

The U.S. Citizenship and Immigration Services has included her among its Outstanding Americans by Choice awardees, recognizing her achievements as a naturalized citizen. She and her husband Suresh Khator, associate dean in the UH Cullen College of Engineering, were honored with the prestigious Hind Rattan (Jewel of India) award, given to nonresident Indians for making outstanding contributions in their field. Purdue University awarded her its Doctor of Social Sciences degree, honoris causa. She is featured in the American Council on Education’s video “The Joys of the Presidency.”

Khator recently joined some of the world’s most respected leaders when she was named to the Indian Prime Minister’s Global Advisory Council. She serves on several boards, including the American Council on Education, the Federal Reserve Bank of Dallas, the Greater Houston Partnership, the Houston Technology Center, the Texas Medical Center Policy Council, the Methodist Hospital Research Institute Board, and the Business Higher Education Forum. She is a member of the Council on Foreign Relations.

She is definitely one of Houston’s women to know.