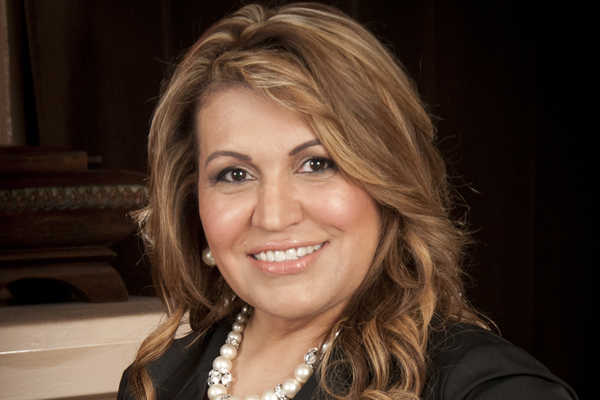 Maria Rios, President and CEO of Houston-based Nation Waste, Inc., was one of two United States 2015 honorees presented by the International Women’s Entrepreneurial Challenge (IWEC) recently. The other US-based honoree was Michele Ruiz, President and CEO of Ruiz Strategies, out of Los Angeles.

The 27 women entrepreneurs that were honored with the recent IWEC Awards came from all around the world, including the United Kingdom, Peru, Spain, Serbia, South Africa, Turkey, Australia and India, with first time awardees from Georgia and Pakistan.

More about Rios, from the news release:

Maria Rios’ company is the first Hispanic woman-owned waste removal company in the United States and one of Houston’s largest minority-owned companies. Fortune named Rios as one its 2013 Most Powerful Women Entrepreneurs in the U.S. This year Rios was featured on CNBC’s Blue Collar Millionaires, a docu-series profiling big personalities who have gained wealth “by getting their hands dirty…and rolling up their sleeves…with a can-do mindset.” CNBC marketed the Rios episode as “The $30M empire built on trash.” Rios was honored this September at the State of Texas Governor’s Small Business Awards as Minority Small Business of the Year.

Rios stated: “What could be more outstanding than talking shop and the universal language of business at the 2015 IWEC Annual Conference and Award Ceremony? What an unforgettable and moving experience! In Istanbul, I had the honor to celebrate amazing women entrepreneurs, spanning the globe from Georgia to Sweden, from India to Cape Town, and from Peru to Pakistan. The immutable mission of IWEC triumphed, and I have 26 new friends of a lifetime. What we all have now, as well, is a global mentality and a tenacious will to revolutionize our respective industries.”