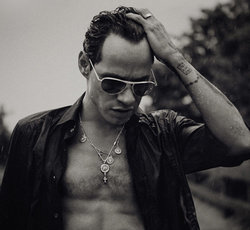 Boricua crooner Marc Anthony will return to Houston on Thursday, September 5, 2013.  The Toyota Center just announced Anthony is set to perform songs spanning his career as well as new songs from his forthcoming new album with a release date of July 23rd.

His new single, “Vivir Mi Vida,” debuted to astounding success at the 2013 Billboard Latin Music Awards and has taken over Billboard’s No. 1 Hot Latin Songs for four consecutive weeks.

Tickets go on sale to the general public Thursday, June 20th at 10:00 a.m. online at HoustonToyotaCenter.com, by phone at 1-866-4-HOU-TIX, and at select Houston area Randalls locations.

Pre Sale tickets will be available tomorrow for special groups.

Tickets will also be available at the Toyota Center Box Office beginning Friday, June 21st at 10:00 a.m.(based on availability).

Anjelica Cazares is visual artist, vintage thrift shopping crafter, and a blogger. You can find her main blog at CraftyThrifter.com and more of her writing at HispanicHouston.com.