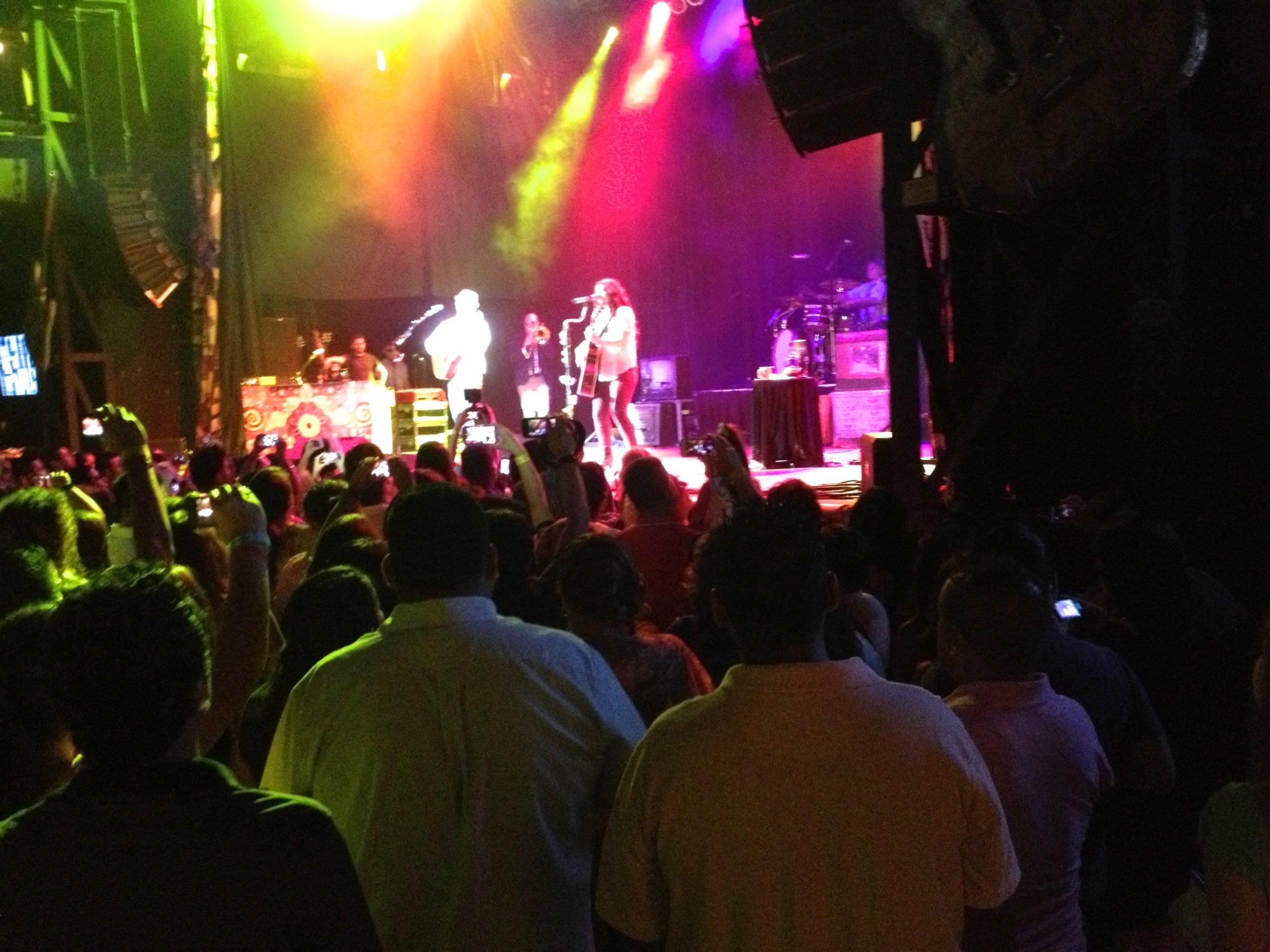 This week, the Latinos Imparables Tour featuring Jesse & Joy and La Santa Cecilia stopped by in Houston at the House of Blues to play for an intimate gathering of mostly Millennial Latinos.  Hispanic Houston was there and we got to spend a little time with Mexican-American songstress and lead vocalist of La Santa Cecilia, La Marisoul.  With her signature charisma and her usual colorful attire La Marisoul opened for Jesse & Joy by singing a mixture of English ballads to conjunto and Mariachi music with a techno influence.

By the time their set was over the audience was left gasping for more.  Everyone asked for ¡otra! ¡otra! but the band never came back out.

Fast forward through a 30 minute break of popular 90’s music from artists like Rocio Durcal and El Buki, that had everyone singing out loud, Jesse & Joy hit the stage and belted out some of their biggest hits like Espacio Sideral and Llegaste Tú.  The crowd went wild and the Mexican pop-rock duo continued their set with electrifying energy and a smile on their faces the whole time.  Their next stop after Houston was Dallas.

The Latinos Imparables tour is sponsored by Downy.