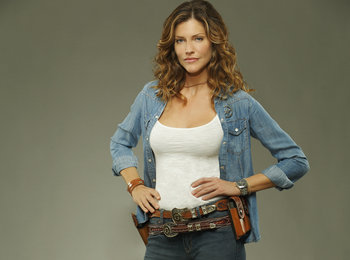 In a follow-up to yesterday’s story on Sofia Vergara’s star power, Vergara is acting as Executive Producer on a show premiering as part of ABC’s fall lineup. “Killer Women” is an adaptation of “Mujeres Asesinas” from Argentina, and marks the first Executive Producer role for Vergara.

Also on the show are Alex Fernandez (playing Lt. Luis Zea) and Marta Milans (as Vanessa “Nessa” Hernandez). Fernandez has been busy lately with roles in this season’s “Devious Maids” and “The Bridge.” Milans is a Spanish actress with a limited American resume. I don’t have a premiere date on this. The ABC website just states “coming soon.”