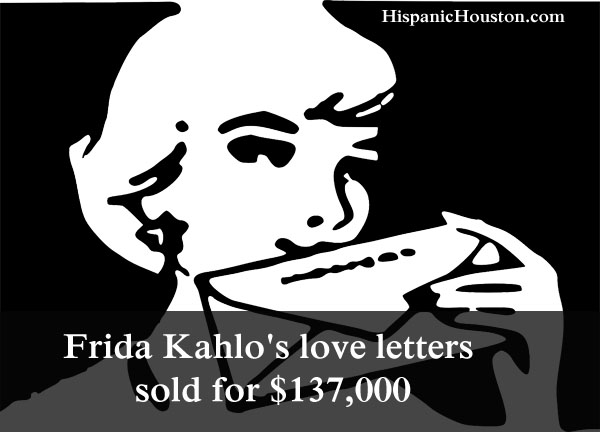 Twenty-five of Frida Kahlo’s love letters sold for $137,000 recently through Doyle New York. The letters were previously unpublished and unique in that they were correspondence between Kahlo and her lover José Bartoli (not her husband Diego Rivera). The letters were written in Spanish.

Magdalena Carmen Frieda Kahlo y Calderón (1907-1954) was born in Mexico City to Carl Wilhelm Kahlo (a German) and Matilde Calderón y González (of mixed Amerindian and Spanish ancestry). While considered by many to be one of the best artists to come out of Mexico, she is best-known by many for her tumultuous marriage to fellow artist Diego Rivera.