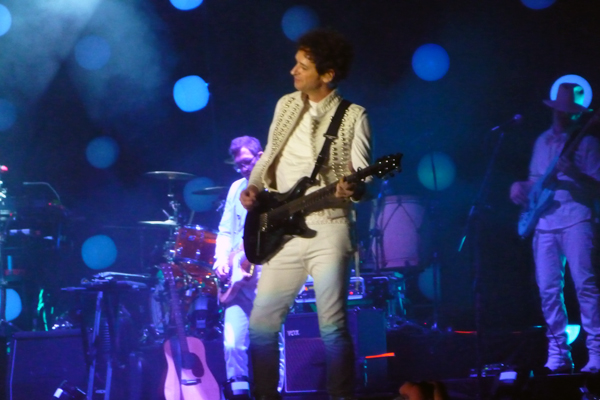 Latin American rock star Gustavo Cerati passed away on Thursday, September 4, 2014. Cerati was the former lead vocalist of Argentine rock band Soda Stereo, considered to be one of the most important Spanish rock bands and which rose to prominence during the 1980s. It was one of the bands that I followed closely when I was a teenager, and I guess that tells you how old I am. According to Wikipedia, “Along with Soda Stereo Gustavo Cerati recorded seven studio albums: Soda Stereo (1984), Nada Personal (1985), Signos (1986), Doble Vida (1988), Canción Animal (1990), Dynamo (1992), Sueño Stereo (1995).”

His music will be missed.

I have included a “video” of Persiana Americana below. Basically, it’s just a way to listen to the song.