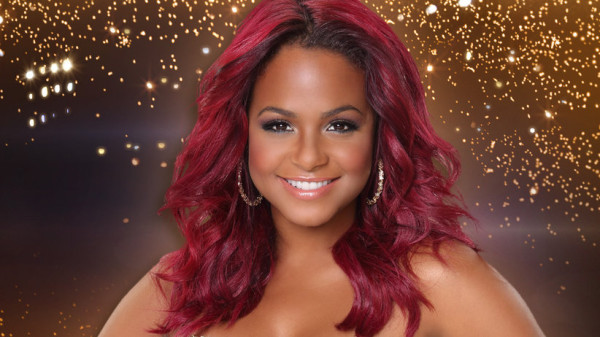 Season 17 of “Dancing with the Stars” premieres Monday featuring Christina Milian as one of the contestants. More about Milian, from ABC:

Christina Milian is a multi-talented phenomenon whose resume includes film, television, theater and music. Milian is formally known for her role as the social media correspondent for the hit NBC show The Voice. She was also most recently seen in the television movie The Christmas Cupid, CBS shows A Gifted Man and CSI and recurs as the voice of Esther on Family Guy. Milian also starred in the last installment of the popular Bring It On franchise in Bring It On: Fight to the Finish. Most recently Ms. Milian signed with Lil Wayne’s Young Money/Cash Money/ Universal label and is currently in the studio recording her fourth album. Milian’s musical career began when she signed to Island/Def Jam/UMG at the age of 18 and was quickly selected to sing the hook on Ja Rule’s No. 1 hit single, “Between Me and You.” The enormous success of the song introduced her to the mainstream music world and gave her commercial success. Milian then co-wrote the Jennifer Lopez hit “Play” and Paula DeAnda’s popular “Walk Away,” and she was one of the co-writers of Justin Bieber’s smash “Baby.” Her self- titled debut, Christina Milian, produced the hit “AM to PM” which was her break out into pop culture. Several of Christina’s singles charted in top 5 in the states and internationally. Milian’s It’s About Time, released on Island/Def Jam/UMG, featured the mega-hit “Dip It Low” which she was twice nominated for Grammy awards. Christina is an entrepreneur in her own right. She currently owns an E-Hookah line by the name of Platinum E- Hookah and is also the brand ambassador & equity owner of Viva Diva Wines. Most recently, you can find Ms. Milian on the covers of Rolling Out, Unleash’d, Denim, Hydrogen and Cielo Magazines.

Milian will be paired with dancing pro Mark Ballas. Other stars on this season include: