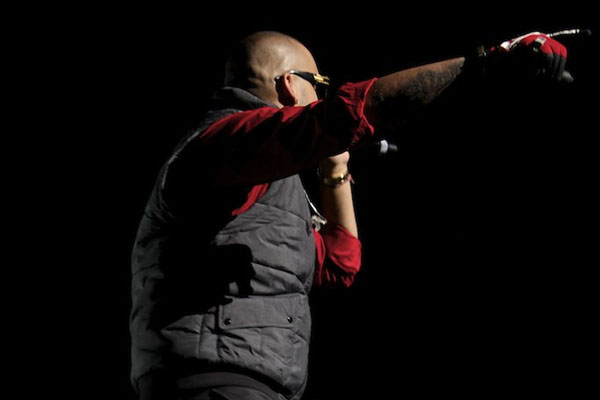 Daddy Yankee won the Best Latino Artist award at the MTV Video Music Awards. This was his fourth nomination and first win. He beat out Don Omar, Jesse & Joy, Pitbull, and Alejandro Sanz.

“Ramón Luis Ayala Rodríguez (born February 3, 1977), known by his stage name Daddy Yankee, is a Puerto Rican reggaeton songwriter and recording artist. Ayala was born in Santurce, Puerto Rico, and was raised in the Villa Kennedy Housing Projects… Since then, he has sold over 10 million albums.” (Source: Wikipedia)

Thank you so much to @MTV, @Tr3s, and of course my fans for helping me take home the VMA for Best Latino Artist! #VMAs #moonman #dyarmy